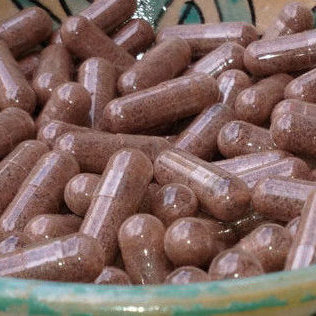 Ever thought about eating your placenta?

Anna Maxted writes, for the Telegraph, about the growing popularity of placentophagy, and its many benefits to new mums.

Visit new parents in 2014, and you may well find a placenta chilling in the fridge, next to the champagne. Strange as it may sound, this is not a rare occurrence. Thousands of new mothers across the UK are carefully preserving their afterbirth to consume this ‘iron-rich meat’ for its alleged health benefits: warding off post-natal depression, increasing milk production and speeding post-partum recovery. Hard-core fans down it raw, in a fruit smoothie; the more faint-hearted – actress January Jones of Mad Men among them – have it processed into capsules by specialists.

But even as this custom spirals in popularity – Lynnea Shrief, director of the Independent Placenta Encapsulation Network estimates that 4,000 British women have practised placentophagy in the last five years – it looks likely to be curtailed. Last month, in a ruling that applies across the EU, the European Food Safety Authority classified human placenta products as “a novel food” (a category largely created to regulate the sale of genetically modified produce) citing lack of “evidence for a history of consumption… anywhere in the EU before May 1997.”

Shrief has used a four-week window, granted by the UK Food Standards Agency, to submit evidence to prove that the service provided by around 80 practitioners in Britain continues an age-old tradition, but says, “If they classify human placenta capsules as a novel food, then the service we offer will be instantly shut down.”

Any mother who wishes to consume her placenta will still be able to do so legally, but only if she has the will and stomach for DIY. As the FSA says, “It’s the fact that that it’s turned into another product and marketed, is the issue.”

Shrief’s clients range from barristers residing in vast mansions, to women on inner city council estates. But she says, “the women who really need this service are those who’ve had a traumatic birth – and those women will be the least capable.”

Hayley Minns, 31, from Hull, had a grim experience first time around: a 25-hour labour, post-natal depression, difficulty bonding, and months of counselling. She desperately wanted her second venture into motherhood to be happier, read online that the placenta “could augment health and ward off PND” and decided to have the organ whipped away by a practitioner post-birth, and returned as a bottle of pills.

Despite a successful home birth, she lost 1.5 litres of blood, and her baby suffered shoulder dystocia, requiring an emergency hospital trip. Tired and shaken afterwards, Hayley tearfully confided in her doula, who’d come to her house to remove the placenta. (The hospital had refused to store it in their fridge, despite it being sealed in a cool bag and gridlock box, so Hayley’s husband had zipped home in a taxi and popped it in the freezer: they just made the three-hour cut off point.)

Hayley recalls, “My doula said, ‘You need an instant boost! Have you any fresh fruit in the house?’ I had strawberries and bananas. She said, ‘I’m going to make you a smoothie!’ I thought she just meant, a fruit smoothie. Twenty seconds later, I realised: she’s going to put some of my placenta in the smoothie! I thought, ‘I was going to have toast for my breakfast…'”

The Royal College of Obstetricians and Gynaecologists has no truck with any of this; a spokesman says coolly: “There is currently no evidence to recommend that women consume their placentas after childbirth. Women who swear by the benefits of the practice may just be experiencing the placebo effect. If a woman is convinced that eating her placenta will do her good by increasing her iron levels or alleviating postnatal depression, she should speak to her GP or midwife for further advice.”

And yet, word on the ward is that it works miracles: “All the midwives are talking about it,” says Emily Street, a midwife at Macclesfield hospital. “I’ve seen ladies whose iron counts have dropped significantly after birth, have one placenta smoothie, and not need a blood transfusion. That’s how fast it works. It’s your own iron, so you can absorb it. I’ve looked after women with such bad PND that they were admitted to hospital for months. Second time, they have the placenta remedies, and there’s no sign of anything, not even the three day baby blues.”

Hayley, a staff nurse, drank three placenta smoothies – “I could only taste strawberries. She put it in a wine glass!” – and felt “wonderful.” She also took the capsules daily. Six weeks on, she says, “I’ve had energy. I bonded with this baby. Everything is so much better. I got a little teary when my milk came in but that was the only mental wobble. I had the baby on a Thursday, and three days later I was cooking the Sunday dinner. I’ve been on the trampoline with my toddler.”

I confess that on first hearing of placentophagy, I thought “disgusting.” (And yet I’ll eat a hot dog.) I imagined women shoving the whole stingray-sized organ into a blender and drinking it like vampires. Yet that, should they choose so to do, would be their prerogative. But as Hayley says, it’s a “golf ball-sized chunk,” and mostly fruit and ice. And those who don’t wish to sample nature’s equivalent of the Bloody Mary, have it popped in a cool-bag, collected by the expert hours after birth, and returned days later, dried and powdered in a nice sterile pack of approximately 130 capsules, for £150.

Partners tend to be supportive. Hayley’s husband went from whispering, “You don’t have to drink it!” to manfully preparing the second placenta smoothie himself. One mother mentions a friend “who fried his girlfriend’s and son’s placenta with onions and ate it.”

Sarah Banks, 33, from Derbyshire, was “quite unwell” after having her first daughter. “I lost a fair amount of blood.” Before her second birth, she researched placentophagy, decided it sounded perfect, but realised that, amid the general expense, she couldn’t afford to hire someone to prepare the placenta.

So, her husband Dave, a college lecturer in sports science, purchased a DIY kit. “He sterilised the box that would store the placenta, after I gave birth. It went in the fridge overnight. The next morning, Dave removed the membrane, cleaned it, sliced it, chopped up bits to make smoothies. The rest of it was dried, and then he ground it up, and filled the capsules. I drank the smoothies, and took three capsules a day. I felt amazing. I had an abundance of milk – so much so that I donated. Two weeks after the birth we went on a long walk. The first time round I could barely walk up the stairs.”

While detractors wrinkle their noses, and mutter about the lack of scientific evidence, it’s hard to explain the dramatic improvement in health that so many women have experienced from this open-minded approach to post-natal recovery. Supporters note that mammals consume their placenta, and that dried placenta is a remedy in Chinese medicine for infertility and low sperm count.

Meanwhile, Lynnea Shrief is also battling her local authority, in Hertfordshire, which shut her down earlier this year on hygiene grounds, citing her inability to guarantee that clients kept the placenta safely chilled, prior to handover.

The decision was upheld by a judge, who ruled that any new mother would probably be, “so committed to her desire to consume her placenta that she would… be likely to misrepresent the facts in respect of the handling, storage time and storage temperature of the placenta…the time of birth is busy… looking after the placenta may not be at the forefront of the mother’s mind.” Those silly, befuddled new mothers!

Shrief, seeking legal advice, wonders if her local authority has exceeded its remit. “If a mother wants to put the placenta on ice, or doesn’t, it’s her choice, same as if you buy a sandwich from Tesco which says Eat in Two Days: whether you eat it in two or five days is up to you. The government isn’t knocking on your door making sure you eat that sandwich in two days.”

As for EFSA; she notes that its US equivalent, the notoriously strict FDA, considers placentophagy “a private, domestic service [which] doesn’t concern us.”

Is it possible that emotion is fuelling some of the objections? One senses a whiff of the revulsion that sees women expelled from cafes for breastfeeding. And when people pay to eat snail porridge in restaurants, it seems curious that placentophagy can cause offence.

Twelve years ago, after giving birth, I sent my husband to bulk-buy anti-sickness tablets that the lactation consultant swore contained a chemical that increased milk production, and I was desperate. Heaven knows what I ingested. It made no difference. Had I known of it, I’d have tried encapsulation in a heartbeat. As it was, my placenta was incinerated and I didn’t give it a thought – who did then?

It’s a critical question – despite Hugh Fearnley-Whittingstall sparking complaints in 1998 for creating a placenta pate on Channel Four’s TV Dinners (frying it with shallots, garlic, and serving it on focaccia to celebrate the birth of a viewer’s granddaughter) – because if IPEN can prove this practise was widespread prior to creation of the EFSA’s “novel foods” category, Shrief and her colleagues will continue to provide a service that many women swear makes a huge difference to their lives.

As Shrief says, “These women want to feel better, and get on the right road to motherhood. This helps to fully equip them for their healing journey. A traumatic birth, followed by difficulty breastfeeding, sleepless nights, exhaustion, and deteriorating mental health, can lead to PND. Why is it a bad thing, if women want to avoid all that?”

Scroll back to top
We have placed cookies on your device to help make this website better.

You can opt-out if you wish, otherwise we'll assume your ok to continue.

This website uses cookies to improve your experience while you navigate through the website. Out of these, the cookies that are categorized as necessary are stored on your browser as they are essential for the working of basic functionalities of the website. We also use third-party cookies that help us analyze and understand how you use this website. These cookies will be stored in your browser only with your consent. You also have the option to opt-out of these cookies. But opting out of some of these cookies may affect your browsing experience.
Necessary Always Enabled
Necessary cookies are absolutely essential for the website to function properly. This category only includes cookies that ensures basic functionalities and security features of the website. These cookies do not store any personal information.
Non-necessary
Any cookies that may not be particularly necessary for the website to function and is used specifically to collect user personal data via analytics, ads, other embedded contents are termed as non-necessary cookies. It is mandatory to procure user consent prior to running these cookies on your website.
SAVE & ACCEPT